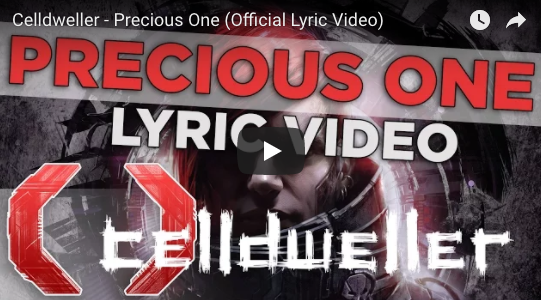 The second single from Celldweller’s highly-anticipated record End of an Empire (Chapter 04: Death) is streaming now via Substream!

The track, “Precious One,” encompasses the idea of Death—it’s powerful melodies match the hallowing music construct flawlessly. Substream had this to say about the new track:

“…it’s probably unlike anything else you’ve heard this year.”

Watch the lyric video and listen to “Precious One” in full now:

Klayton gave his own insight into the track:

“Precious One” is the track that lyrically attaches itself to the concept of Death. I didn’t want to do something predictable and expected, so lyrically, I wrote it from the perspective of the “Gatekeeper”— who is the character that lovingly ushers people from this life to the next. Musically, when I started this track I only had two goals to shoot for—doom metal meets trip hop. Hopefully I pulled it off.