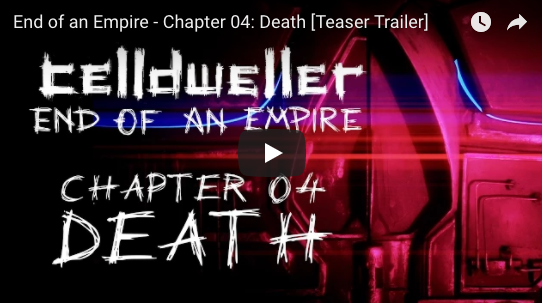 The penultimate release from Celldweller’s End of an Empire record cycle is officially out worldwide! The record features two brand new tracks — “New Elysium” and “Precious One” — as well as a slew of of remixes and unforgettable factions.

The latter of the two new tunes, “Precious One” premiered via Substream earlier this week. Here’s what the magazine had to say about Celldweller:

Celldweller has been around the block more than a few times and has seen interest in EDM and industrial music rise and fall and rise again—but he’s never been one to try to jump on trends. If anything, he blazes them himself.

Are you ready for Death? Buy the record now via iTunes or the FiXT Store!