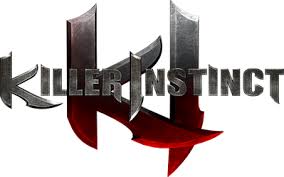 Celldweller’s incendiary electronic music comes synonymous with gaming. The earth-shattering drop into a breakdown; the tribal banging of the drums; the sheer exhilaration from the composition—it all melds together seamlessly, forming something truly larger than life.

That’s where Celldweller’s music belongs, in larger than life games. And that’s where his music can be found.

While Celldweller’s music has been streamed over 100 million times across multiple platforms and he’s played live shows for fans as large as 25,000 across 4 continents—his eclectic version of sonic perfection fits best with listeners behind a controller.

Klayton, the mastermind behind Celldweller, has written songs for games such as Dead Rising 2 and 3 as well as had his music featured alongside games like Crackdown, Assassin’s Creed 2, Project Gotham Racing 3, Tom Clancy’s HAWX 2, Need For Speed: Most Wanted, and Watch_Dogs. His music’s also been heard alongside films and television shows such as Robocop, Pacific Rim, Iron Man, X-Men, NCIS and American Idol. Needless to say, Celldweller knows how to write a high-energy track.

Klayton’s background in gaming is humble. It starts, as with most, at a young age.

“I grew up in the arcade era,” he said. “Donkey Kong, Space Invaders, Pac Man…Unfortunately I was a broke kid so I couldn’t afford .25 cents to play. Then came the Atari 2600, which revolutionized my world. I played every game available until my fingers bled.”

Fast-forward from childhood and enter: Killer Instinct Season 3, Klayton’s first foray into scoring a full game. The meshing of Celldweller’s music and gaming now comes full-circle through the latest edition of this historic series.

Klayton’s past experience includes creating unique music for film. He lent his musical and sonic expertise to film scores such as The Last Witch Hunter and Concussion. He’s also currently scoring his first full-length feature film, The Dunes.

But this time, with Killer Instinct Season 3, it’s different—this time it’s with a high-energy, full-throttle, historic game franchise…and he couldn’t be more excited.

“Writing for a game like Killer Instinct is a totally natural extension of what I do,” he said. “My sound is already perfectly suited for a game as cool as this. Plus the ability to expand beyond what I would normally do to bring more life and depth to a character keeps me even more excited about the creative process because it poses new challenges.”

Scoring a game produces different challenges than any other entertainment medium. Each character must send off it’s own aural glow to the gamer. It’s not just creating music around scenes of action or romance—it’s about digging deeper and creating a signature sound for each character and environment throughout the entire game.

“It’s safe to say that each character will have their own distinct sound,” Klayton said. “So you’ll be able to identify which fighter is fighting based on the vibe and elements of the music. It’s really great to be part of a game that has been historically driven by music.”

As for when Klayton isn’t creating Celldweller music for Killer Instinct Season 3? Well, he’s playing other games, of course.

“I’m currently digging Halo 4, Destiny, and Dead Rising 2 & 3,” he said when asked what games he’s now playing. “I’m an old school gamer, so my favorite games of all time are Donkey Kong, Space Invaders, Centipede, Galaga, Popeye, Tempest…. and the list goes on.”

For now, the world will wait for Killer Instinct Season 3, scored by Celldweller and Atlas Plug. In the meantime, pick up Celldweller’s latest record, End of an Empire (Chapter 04: Death), released via Klayton’s own independent label, FiXT.