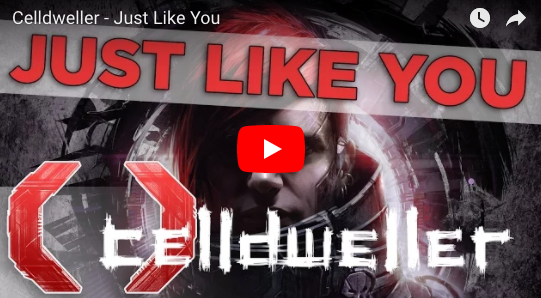 Straight off of the third chapter of the End of an Empire series, Dreams, Celldweller’s majestic new single, “Just Like You,” can be streamed below.

The song, which is a blissful juxtaposition to Dreams first single, “Good L_ck (Yo_’re F_cked),” launches the listener into a transparent, alternate world through its supreme vocal delivery and august, deep instrumentation.

Celldweller said “Just Like You” was his venturing back into a place from where he’s come, lyrically. The theme of the song parrallels the theme of Dreams.

“Dreams are generally in constant threat of dying, and it was never more apparent than early on in my career,” Celldweller said. “The concept of total failure and having to abandon my dream — specifically the dream of making music for a living, was sometimes downright debilitating. Pulling those moments into the lyrics and music was very cathartic for me. Plus, I got to do all the sound design on my monster Modular synth rig, which made it even more fulfilling for me.”

Purchase the song, and the rest of Dreams, via FiXT or iTunes today!