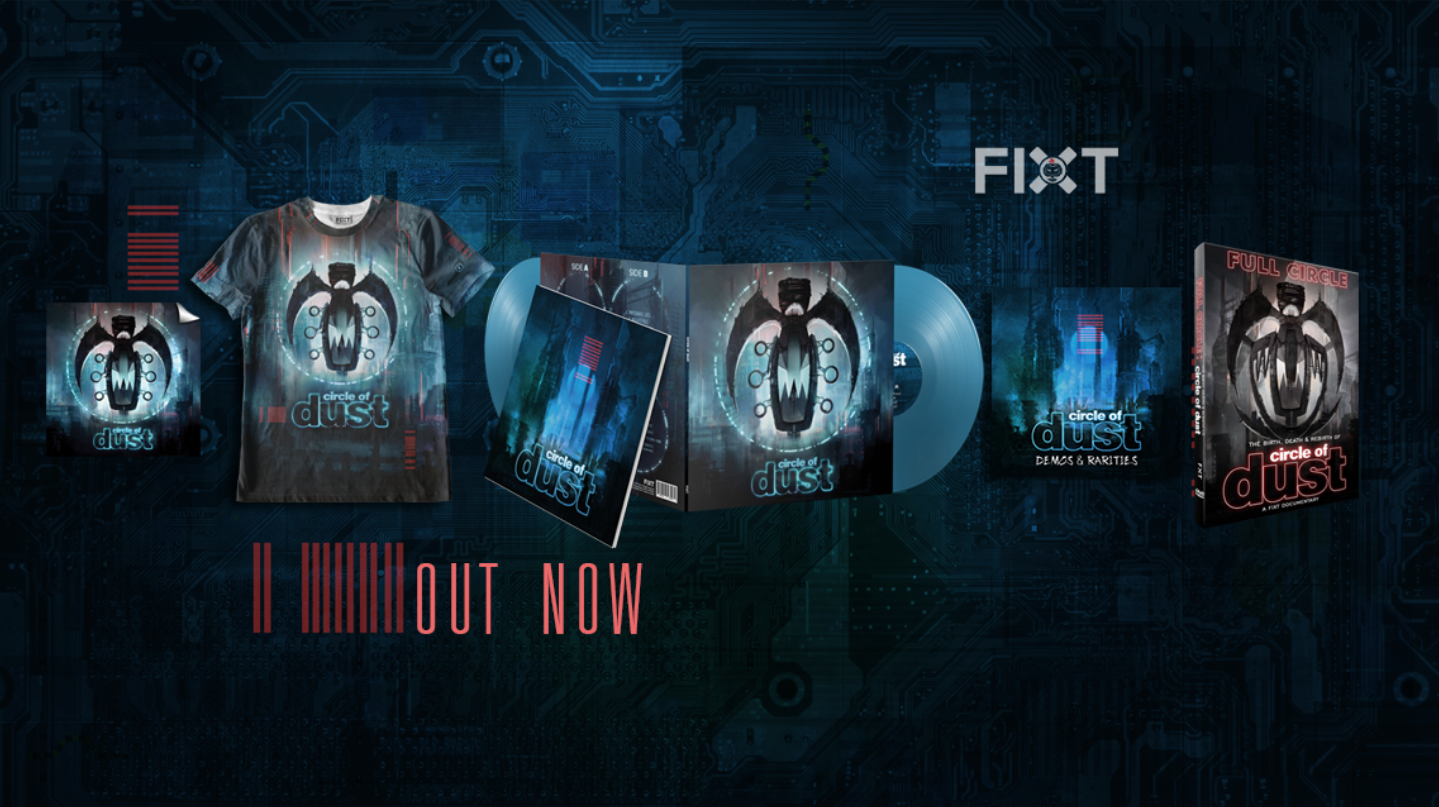 The Self-Titled Circle of Dust album is resurrecting once again 2019, making it’s first ever release on vinyl, and accompanied with this full round of digital rarities, featuring never-before-released demos and recordings from the last ’80s and early ’90s spanning the debut Circle of Dust era, along with several bonus tracks previously included on the Circle of Dust (Remastered) re-release from 2016, such as the Dust 01-09 tracks, 1992 version of “Exploration”, a 1990 cassette demo of “Demoralize” and the acoustic version of “Onenemy.” The Circle of Dust (Demos & Rarities) collection will also feature remastered versions of “Technological Disguise” and “Senseless Abandon”.

Circle of Dust made its triumphant return in 2016 as Klayton regained control of the entire Circle of Dust catalog, re-releasing each album (Self-Titled, Brainchild, Metamorphosis, Disengage and beloved side-project Argyle Park) with remastered audio and completely re-imagined art. Later the same year, with the project fully resurrected, the new album Machines of Our Disgrace was released followed by a feature-length documentary, Full Circle: The Birth, Death & Rebirth of Circle of Dust, and full-length remix album alt_Machines in 2018.

Now, Klayton has once again dug into the archives and revived the next wave of Circle of Dust nostalgia. The Self-Titled Circle of Dust album will return once again in 2019, making it’s first ever release on vinyl, and will be accompanied with a full round of digital rarities, as well as the release of a brand new remix of “Nothing Sacred” from industrial producer and long-time FiXT friend, Sebastian Komor, along with making the remix stems to the original track available for purchase as well.

The 1992 self-titled Circle of Dust album marked the beginning of Klayton’s legacy (Celldweller, Scandroid & Owner/Founder of FiXT) as he began his exploration into the unknown. The album gives listeners a glimpse of Klayton’s earliest experiments with sci-fi inspired industrial & electronic-rock. Never one to be held back by the limitations of the technology available to him, the entire album was created using a Mac Classic with 1mb of system RAM and a 40mb hard drive along with an Ensoniq EPS 16+ mono sampler.

The album has been meticulously remastered with modern sonic precision, improving upon the sound of the original tracks and breathing new life into them. Now, pressed in a haunting shade of royal blue, the album makes a second resurrection: this time in vinyl.