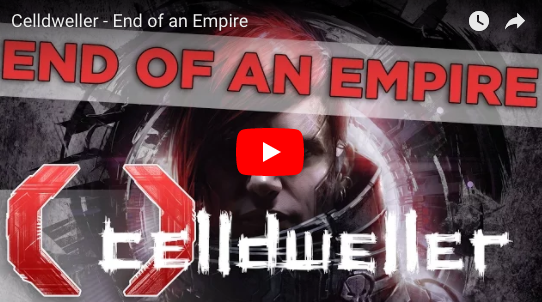 Electronic rock mastermind Celldweller premiered his new single, “End of an Empire,” exclusively with Revolver. The song is the first to be released from Celldweller’s End of an Empire record series, coming off of Chapter 1, “Time.”

Featuring monolithic vocal tracks of epic scope, “Time” highlights Klayton’s unique fusion of infectious electronic music with aggressive rock ‘n’ roll the way only Celldweller can — by blurring the lines between organic and synthetic. Revolver had this to say about the release:

The title track, “End of an Empire,” takes listeners on a seven-and-a-half minute dichotic journey of metal-infused drum and bass blasts — contrasting a mix of lush vocal hooks and aggressive screams.

Listen to “End of an Empire” here: