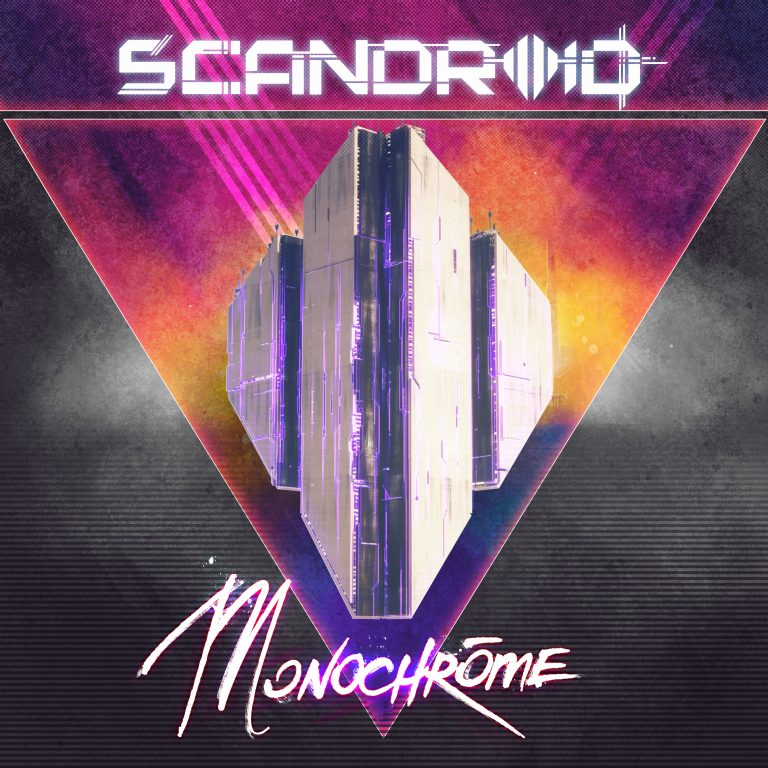 “A bevy of hardware synths were used on this track, from bass-lines from my Roland Juno-60 and Dave Smith / Tom Oberheim OB-6 to leads from my Korg PolySix, Yamaha Reface CS and Roland Juno-106. This track also has one of the more obvious uses of distorted guitar on the album. When I finished cutting vocals for this track, I already knew this one was going to be up front on the album. I’m hoping that people still like dancing in the year 2518 and they’ll play this song in some underground retro club.” – Klayton (Scandroid)

Monochrome releases October 27th an is available for pre-order on CD, limited edition cassette or digital download at https://fanlink.to/monochrome

Featuring 14 tracks, from the retro-synth pop hooks of “Afterglow,” “Rendezvous,” “Future Bloodline,” and “A Thousand Years,” to the instrumental epics “Oblivia” and “Searching for a Lost Horizon,” Monochrome imagines an alternate future where truth is hidden in “Monochrome.”