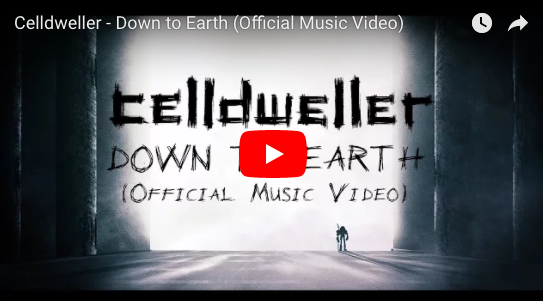 End of an Empire fever cannot be contained. Fresh after the release of the brand new artist album from Celldweller, FiXT Online has your first look at the brand new music video for “Down to Earth”! Directed by Michael Lange – German co-director of “NULL” – “Down to Earth” contains a full 7-minutes of post apocalyptic, cybernetic intensity that feels right at home in the End of an Empire world created by Celldweller.

Lange came into the fold as a fan initially, approaching both Celldweller and FiXT with a genuine passion to add visuals to the new music. While looking for people to bring to life the songs on End of an Empire, FiXT approached multiple people who all iterated the same thing – “We need radio edits of these songs.” Michael was the only one who declared from the beginning of the creative process that the long run-time of the track (which has become something of a trademark in Celldweller material) should be maintained, because these were how the songs were meant to be heard. With some new original characters added to the End of an Empire universe, Lange has helped flesh out a brand new visual style.

End of an Empire is available everywhere now – along with exclusive vinyl and collectors editions, a comic book, art book, apparel, accessories and more!