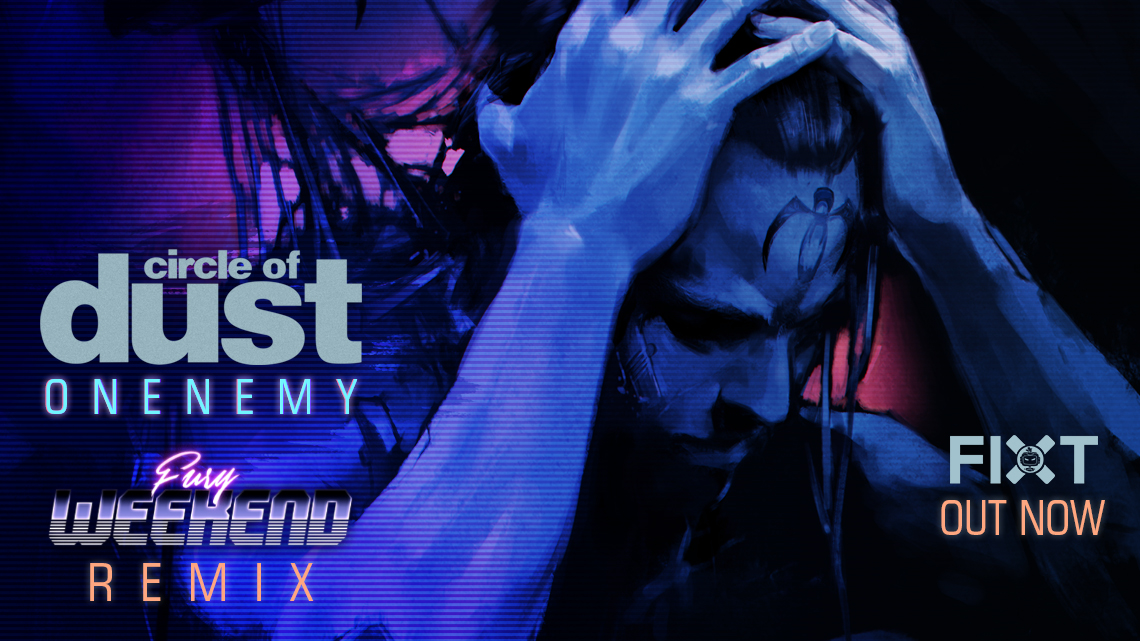 Synthwave star Fury Weekend brings his signature driving rhythms and hard rock style to a brand new remix of Circle of Dust’s “Onenemy.” This version puts a shot of adrenaline into the arm of the track, re-imagining it with touches of Fury Weekend’s retro synth style while doubling down on the aggression of Klayton’s original.

“It was a kind of honor to me to remix something from the Klayton legacy, Circle of Dust.  Turning a serious industrial track into apocalyptic synth inferno disco thing, adding some retrowave dance touch to the original.”