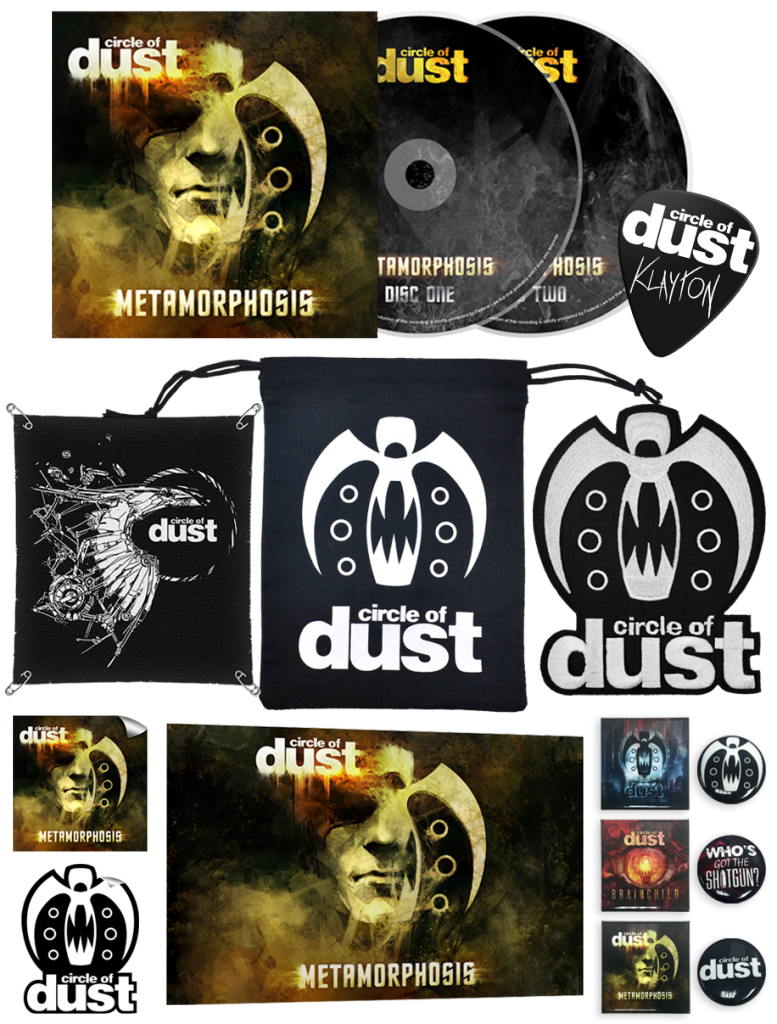 Metamorphosis – the third album released from Circle of Dust – was a rare gem among Klayton’s early discography that has been shrouded in confusion and mystery. A pseudo-compilation album featuring remixes from Circle of Dust (self-titled) and Brainchild, along with remixes of (at-the-time) Death Metal label-mates Living Sacrifice, were brought together being remixed/produced by Klayton. Despite the confusion, this album served as the spark that ignited Klayton’s pioneering spirit into genre-mashing remixes that took existing ideas of both his own and others, flipped them on their head, and produced something no one other than himself could have ever imagined.

Along with the remixes found on Metamorphosis, three original tracks from Circle of Dust – “Heldweller,” “Nihilistic Void,” & “Daraq” – found their home on this titanic release and have been joined in the re-release by other rarities such as the custom album intro track “Emerge” that Klayton created for Living Sacrifice’s 1992 album Nonexistent, “Never” a single from a brief side-project Klayton created called Rivot, and a Circle of Dust remix of lvl’s “Backslide.”

Not only has Metamorphosis been remastered, undergoing complete sonic overhaul, but now includes a brand new remix from Blue Stahli, a 1987 cassette demo of “Heldweller,” Argyle Park-era collaboration demos between Klayton and Tommy Victor of Prong, and of course – more of the unreleased, archival “Dust” demos.

“Bed of Nails has always been my favorite Circle of Dust song. I loved the fact that it was hidden track, and in discovering it, it added even more to the mysterious and hypnotic vibe for me. Listening was always during long cathartic nighttime drives, or sitting in the dark in headphones letting it take me away. So with this remix, I aimed to tap into that atmosphere and feel that made me want to live in this song.” – Bret / Blue Stahli