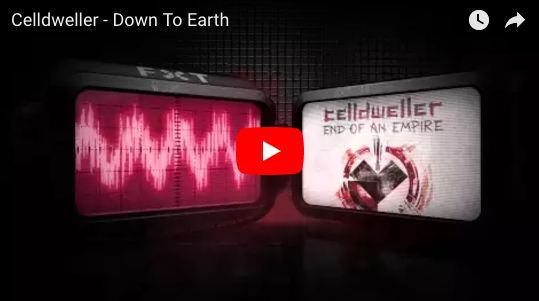 Loudwire and FiXT Music pioneer Celldweller teamed up to release the first single from the second installment of the End of an Empire series, titled Love. This installment pushes the limits of rock-driven electronic music while sending the listener into a frenzy fueled by adrenaline and emotion. Celldweller mastermind Klayton chad this to say about the End of an Empire series:

End of an Empire is me, myself and I in my studio surrounded by lots of gear,” said Celldweller mastermind Klayton. “From the very first sound I lay down for a track to the final mastering, I’m in control over the final product.

Chad Childers at Loudwire describes “Down To Earth” as follows:

The hard-hitting electronic rocker is equal parts funky and aggressive, giving you as much opportunity to dance as you can headbang.
The epic 7-minute rocker is a roller coaster ride filled with heavy guitars, blasting drums, gritty synthesizers and monstrous vocals.

Listen to “Down to Earth” here: