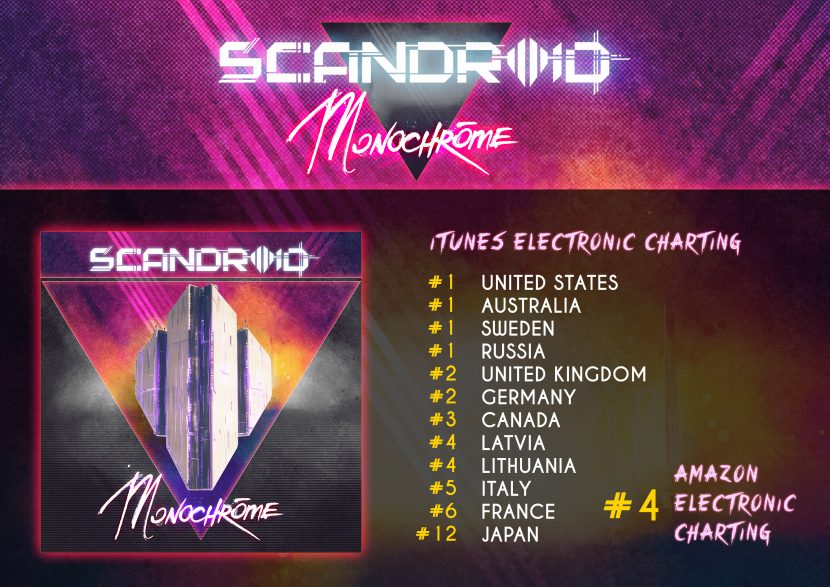 “Scandroid’s ability to channel the retro feel of the 1980s is unprecedented…” – YourEDM.com

Featuring 13 tracks, from the retro-synth pop hooks of “Afterglow,” “Rendezvous,” “Future Bloodline,” and “A Thousand Years,” to the instrumental epics “Oblivia” and “Searching for a Lost Horizon,” Monochrome imagines an alternate future where truth is hidden in “Monochrome.”

The album includes modern synthwave covers of John Williams’ famous Star Wars opus “The Force Theme” as well as a hauntingly powerful cover of Michael Jackson’s “Thriller,” released on Friday the 13th of October. The album concludes with a bonus remix of “Thriller” from mysterious synthwave artist/producer PYLOT.