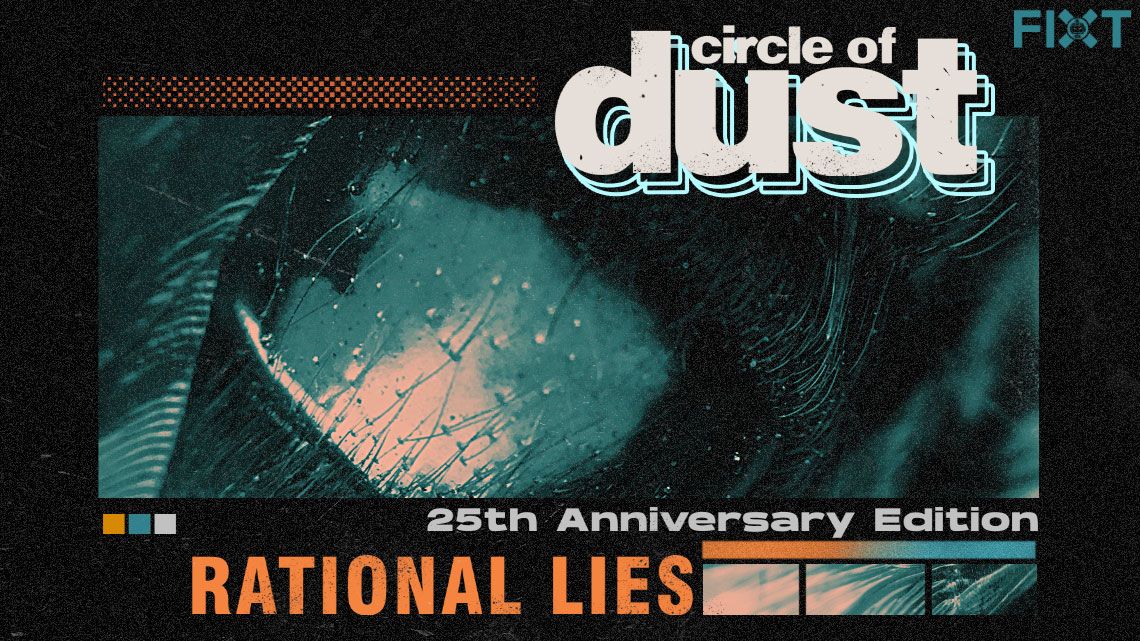 In celebration of the 25th anniversary of Circle of Dust’s 1995 debut self-titled album, “Rational Lies” has received a brand new mix, bringing new life to the track. Showcasing the original’s unique electronic programming, melodic vocals, industrial guitars and samples, the new mix has been fully restored from the original studio session files with one new addition. Circle of Dust live guitarist Daren “Klank” Diolosa has added a guttural growl to the track as he used to perform when touring in the ’90s.