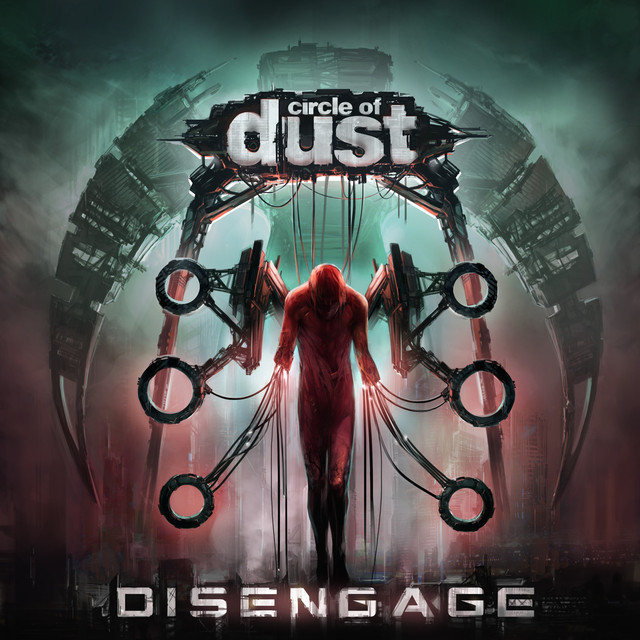 Disengage – the fourth and final release from Circle of Dust before a nearly 20 year hiatus, has risen from the ashes in a Re-Mastered 3-CD Deluxe Edition Re-release. While still containing the heavy riffs Circle of Dust is known for, Disengage is remembered by fans for its increased use of electronic synths and abundance of melodic vocals.

In addition to 10 original tracks on Disc One, an unreleased title track (originally intended to be on the album) now precedes the short collection of remixes of “Chasm” and “Refractor” and closes with the long awaited uncensored version of “Deadly Love.” Discs 2 & 3 feature a plethora of unreleased tracks, rarities, demos, instrumentals and more. Disc Two sees the release of never-before-heard tracks such as “Your Noise” and “Resist,” acoustic versions of “Waste of Time” and “Mesmerized,” as well as a 90’s cyberpunk remix of “Yurasuka” by Blue Stahli. The final disc collects Disengage era demos including a full length alternate demo of “Waste of Time” titled “Beneath The Skin,” along with demos of “Chasm” & “Blindeye,” the final seven “Dust” tracks, and an unreleased “Refactor” Remix demo from lvl.

We asked Klayton to give us some insight into the album, and he told us:

I have fond memories of making “Disengage.” I knew this was the last album I’d ever make as Circle of Dust, although I guess I was wrong about that after all. I was progressing with my production skills and was trying new ideas. I had access to a Nord Keyboard for instance, which I used all over that release. Being holed up in my New York studio, lights dimmed low while I worked on beats, riffs and synth programming late into the night would become one of those times in my life I would never forget and always long to revisit. It’s a shame I haven’t figured out the time travel conundrum yet or I may have already gone back and attempted to re-do a few things. Enjoy the re-mastered re-release.

Disengage might be the final remastered album, but Circle of Dust has more coming this year. December 2016 will see the release of a brand new Circle of Dust album featuring the singles “Contagion” “Neophyte” and “Machines of Our Disgrace.“

Circle of Dust is back. Prepare to re-engage.

Order “Disengage” music and merch in the FiXT Store today!