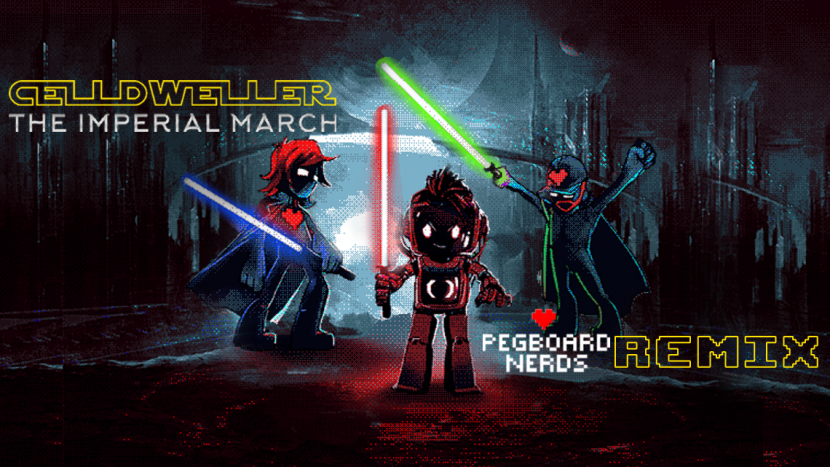 Pegboard Nerds, the Danish-Norwegian DJ duo, have joined the dark side with their remix of Celldweller’s Star Wars cover of “The Imperial March.” The special remix aligns with international Star Wars Day (May the 4th) and celebrates the 3 year anniversary of Celldweller’s original cover version released on May 4th, 2015.

The Pegboard Nerds kick their hyperdrive into lightspeed with a powerful, bass-heavy EDM remix with custom sound FX and original vocal renditions of iconic Star Wars movie samples. As the Star Wars universe continues to expand, the Pegboard Nerds’ remix of Celldweller’s “The Imperial March” cover has arrived just in time for May 4th, 2018.

Celldweller’s original cover of “The Imperial March” has garnered over 30,000,000 streams across Spotify, YouTube, Pandora and other media streaming services. The track picked up worldwide attention in December 2017 as it was synchronized to a Texas Christmas light show that received coverage on Fox, MSN, Yahoo, Gizmodo, Thrillist, Cheezburger, Entertainment Weekly & more.

The Force is strong with this one.