Soundtrack For The Voices In My Head Vol. 02 (Chapter 02) [Discontinued] 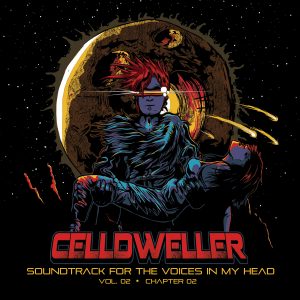 This EP has been re-released into Soundtrack For The Voices In My Head Vol. 02.

The second chapter of Soundtrack for the Voices in my Head Volume 2 expands the scope of Celldweller’s instrumental oeuvre with new twists on an established sound. While Volume 01 and the first chapter of Volume 02 exhibited plenty of what we know and love from Celldweller – metal riffs, drum’n’bass beats, flourishes of orchestral scoring, and intricate electronics – this new collection exhibits dubstep-inspired bass-play, Latin-spiced electro, and experimental ambient noise. Cuts like “ShutEmDown” and “Empyrean” will blast apart your speakers with sounds you’d swear came from the voice-box of a cybernetic machine from another world. The snappy flamenco guitar lick that starts off “Senorita Bonita” morphs into a fiery electro dance tune with Moohmbaton overtones, while “Chronus” drifts through a primordial ooze of drones and experimental noise. Also included are an alternate version of “ShutEmDown” and “Distants”, an ambient piece originally available only on the limited edition CD of SVH Vol. 02 Chapter 1.