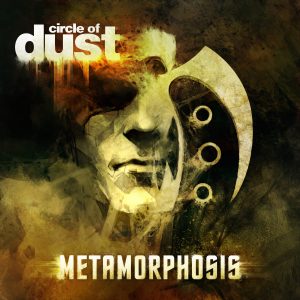 Metamorphosis – the third album released from Circle of Dust – was a rare gem among Klayton’s early discography that has been shrouded in confusion and mystery. A pseudo-compilation album featuring remixes from Circle of Dust (self-titled) and Brainchild, along with remixes of (at-the-time) Death Metal label-mates Living Sacrifice, were brought together being remixed/produced by Klayton. Despite the confusion, this album served as the spark that ignited Klayton’s pioneering spirit into genre-mashing remixes that took existing ideas of both his own and others, flipped them on their head, and produced something no one other than himself could have ever imagined. Along with the remixes found on Metamorphosis, three original tracks from Circle of Dust – “Heldweller,” “Nihilistic Void,” & “Daraq” – found their home on this titanic release.