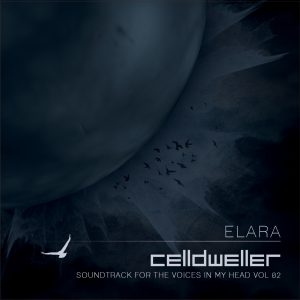 This single has been re-released into Soundtrack For The Voices In My Head Vol. 02.

Surprise: only two weeks after the release of Soundtrack for the Voices in My Head Vol. 02, Chapter 02 comes a brand new SVH single, “Elara”. Combining the cybernetic sound design and heavy percussive elements of recent tracks like “ShutEmDown” and “Empyrean” with orchestral strings, “Elara” is primed to continue Celldweller’s domination of film, television and video game trailers with unforgettable original music.