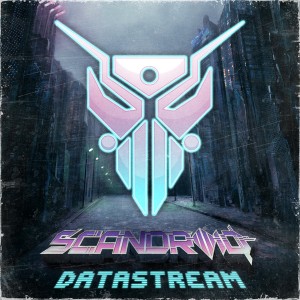 Under the shadow of the elite and unreachable Neo-Tokyo, Red and Raven make their music. Together they are Scandroid. They have scoured the depths of their ancient city for something lost, something revolutionary. What they have unearthed is the New Retro sound of a forgotten era. With that sound, they seek deliverance from the shrouded wasteland of Old Tokyo that surrounds them. “Datastream”, their second single, invokes a hope hidden in the digital ether.