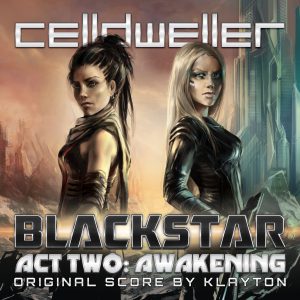 This EP has been re-released into Blackstar (Original Score).

The music of Celldweller has always sounded as though ripped from the pages of a sci-fi epic. As it turned out, there was a narrative behind the sounds, slowly coming together in Klayton’s head. Now, the mastermind musician/producer has teamed up with award-winning author Joshua Viola (The Bane of Yoto) to put that story on paper. Blackstar is the thrilling sci-fi adventure that will transport fans to the world only hinted at in prior Celldweller albums. Alongside the book, Klayton is creating an all-new Original Score for the story, with book and score split into three Acts. Blackstar Act Two: Awakening expands upon the ’80s New Retro and Dark Ambient soundtrack moods of Act One, sonically fleshing out the stunning twists and turns of the novel’s second installment. Both the eBook and the score of Blackstar Act Two: Awakening will be available from all digital retailers.